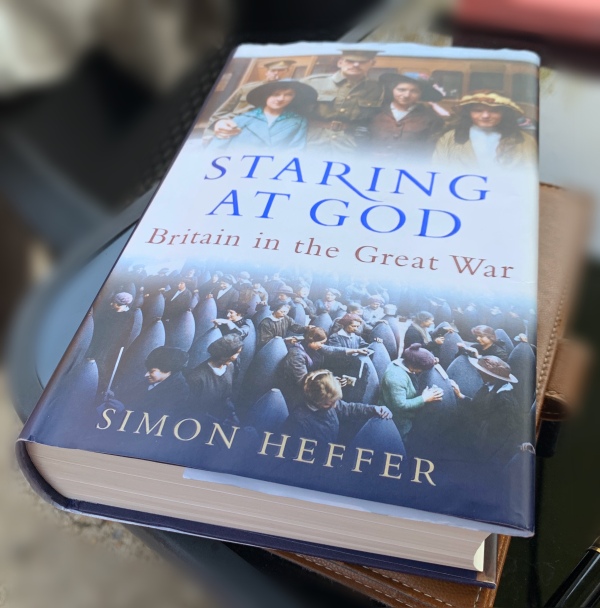 A few years ago I was very fortunate to undertake an unplanned tour of the Ypres battlefields from the 1914-1918 Great War. My wife and I were enjoying a short holiday in Brugge and decided to spend a day on a guided tour (because the weather was so brutally cold – it was mid-December – we had exhausted all the indoor museums and the only option left was outdoors. At least on a tour we could be inside a warm vehicle!).

Two memories remain from that tour. The first was finding without planning, thanks to our luck of having a first class military historian as our guide, the area where my Grandfather was taken prisoner in 1940 during the retreat to Dunkirk (he then spent the period 1940 to 1945 in various German Prisoner of War camps). The second was, despite my own natural curiosity in the war from my background as a military officer, a new fascination with the Great War of 1914-1918.

I have read many books since on the military aspects of the war, so to find a book which focuses on what could be described the ‘home front’ has been a thoroughly unexpected education. ‘Staring at God – Britain in the Great War’, by Simon Heffer, is his third volume of the period 1838-1939, and covers 1914-1919. There are 12 sections in the book, logically following the sequence of the period, overlapping chronologically where necessary to maintain the dialogue. We travel from Build-Up, War, through to a Coalition, then consider Conscription, the Political Coup of 1916, Attrition (Somme and Passchendaele), and end with the Armistice and then the Aftermath.

This week I attended a champagne reception for the International Churchill Society (of which I am member) at the Hyatt Regency London – The Churchill. The event launched the new Churchill book ‘How Churchill Waged War’ by ‘Allen Packwood’. The evening was opened by Randolph Churchill, and then Mr Packwood provided an overview of his book and the research he had undertaken into the subject (he is the senior archivist at Churchill College).

END_OF_DOCUMENT_TOKEN_TO_BE_REPLACED

Filofax is a unique element of ‘Englishness’, notwithstanding how incorrect that term may now be in our liberal post-Brexit world. I am not afraid to say I am proud to retain a open respect to my country’s origins and its history and traditions. Culture remains a very important element of our identity and I genuinely fear the implications of that loss of identity to the wider tolerance in our society.